The latest edition of the RetailNext Retail Performance Pulse has been published and is available for download, providing an overview of brick-and-mortar store performance for the retail month of December 2019 (December 1 through January 4 on the industry's 4-5-4 calendar).

With a late Thanksgiving Day holiday this year in the United States, December was looked to as a critical month for retailers to reach holiday season expectations. Overall, December ended up closing with a modest 2 percent decrease in sales as measured year-over-year, on a 5.2 percent decline in shopper traffic. However, the story of December was told in two chapters, with much different results the last half of the month versus those experienced in the first half.

The last two weeks of month saw significant lifts in shopper traffic of 3.7 and 4.4 percent, leading to whopping increases in sales of 14.1 and 4.7 percent year-over-year, and contributed mightily to offsetting the large declines seen early in the month.

While sales and shopper traffic varied considerably from the beginning of the month to the end, conversion, average transaction value, and shopper yield were very consistent, and each performance metric posted increases year-over-year.

"Super Saturday," December 21 was poised to the be month's big day, and it came through, easily leading the month in sales and shopper traffic. Key performance metrics conversion, ATV and shopper yield all posted their highs early in the month, and then followed up with their lows at the end of the month.

Geographically, generally warm weather seemed to stoke positive gains out West, as sales, conversion, ATV and shopper yield all posted gains, with shopper traffic only declining year-over-year ever so slightly. Elsewhere in the United States, performance store performance was relatively consistent across regions.

For a full reporting of physical store performance for the month of December 2019, please download your copy of the Retail Performance Pulse today.

Join the #retail, #ConnectedJourney and #SmartStore conversations on Twitter at @RayHartjen and @RetailNext, as well as at www.facebook.com/retailnext. 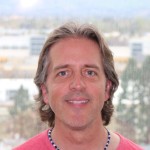