The Future Of Retail Starts With A New Approach To Shrink

A version of this article has been published in Loss Prevention Magazine, contributed by Jason Luther, CTO of RetailNext Inc.

Shoplifting isn’t what it used to be. Three-quarters of retailers say they’ve seen an uptick in organized retail theft over the past year, and some stores saw a 300 percent increase during the COVID-19 crisis.

It’s a reminder that while modern retailers invest huge amounts of time and money in attracting customers to their brick-and-mortar locations, that’s only a part of what’s needed to succeed.

Shrink now costs retailers an estimated $123 billion per year or the equivalent of 1.3 percent of total sales. As we think about the future of retail, we need to find a way to stop the leak.

The Scale Of The Problem

According to the National Retail Security Survey, the average shoplifting incident costs an affected business around $500. When you look at more organized robberies and theft, the price tag climbs higher still, with the average incident costing retailers about $7,600. And if a dishonest employee is walking away with your products, you can expect to lose over $1,550 per incident.

Out Of Sight, Out Of Mind?

Part of the problem is that shrink isn’t typically noticed when it first occurs. Among the hustle and bustle of a busy store, it’s all but impossible for even the best security teams to spot most criminal activity.

Security cameras offer a partial fix to that problem. The reality is that cameras are only valuable when your loss prevention team can securely watch the video footage remotely. Having to travel to stores or rely on someone in the store to watch the video for you is simply ineffective.

Most traditional video security solutions record to media that gets filed away unwatched or simply recorded over. Security camera networks also often wind up developing technical glitches, or operational blind spots as new signage and displays are added.

Retailers need to get smart and start using new technologies, such as cloud-based solutions, to level up their asset protection efforts.

But comprehensive store platforms can also feed into a broader suite of high-tech tools. Advanced algorithms and other digital tools can identify unusual in-store behavior. It can integrate with POS tools to link shopper videos to receipts and transaction summaries, and to flag suspicious transactions completed when there’s no shopper visible on checkout cameras.

Inventory management tools, too, can use RFID chips, scanners, and related tech not just to stop products from walking out of the door, but also to give you full real-time visibility into what’s on your shelves. That’s useful both because disorganized inventory leads to shrink due to lost or misplaced products, and because chaotic in-store product tracing makes it far easier for theft and shoplifting to go unnoticed.

In a world of supply chain disruptions, inflation, shrinking margins, increased competition, employee turnover, and economic anxiety, retailers need to continue bringing the same spirit of innovation to managing their in-store operations as was seen during the COVID-19 pandemic.

That means taking a long, hard look at vulnerabilities such as shoplifting, fraud, and theft by employees — and finding smart, efficient ways to stop leakage and ensure that revenues aren’t flowing out as fast as they come in. 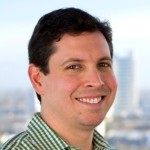